Planting life and a future – our collaboration with the Streetscapes project 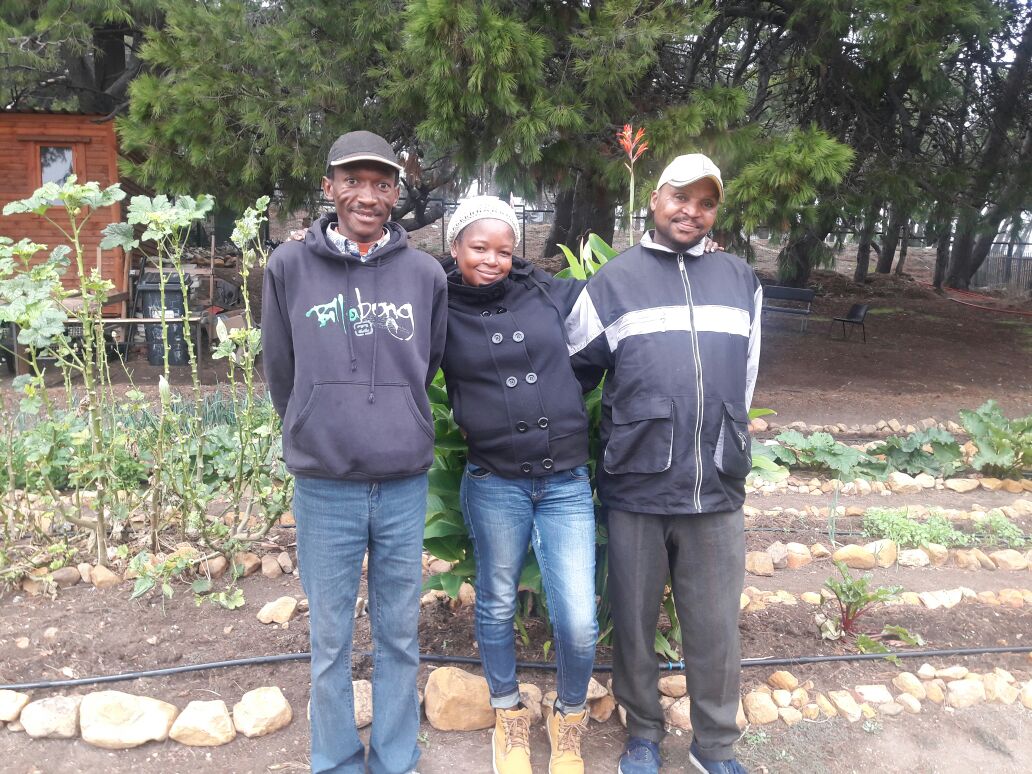 One of the greatest challenges that we face as a community is the reintegration of destitute people back into society. Because of this our Social Officer, Abby, spends a lot of time and energy helping these people reach their full potential. Recently Abby came into contact with a local NPO called Khulisa – which roughly means to enlarge or magnify in Zulu.

The organisation is an umbrella under which many different projects rest. Abby resonated with the Streetscapes programme which gives homeless people the opportunity to tend gardens in the city and sell the produce that they grow for a monthly income. Allowing the people to be responsible for their own income is key to integration, as many of these people have low self-confidence. Streetscapes provides training and counselling to support them in their growth and personal healing. Another benefit that the programme offers is to help with finances and savings. The money that is made by the vegetables that are sold is paid directly into the workers’ bank accounts which are set up for them by the Streetscapes staff.

According to Jesse Laitinen, a representative of the initiative, this programme works well and there have been great success rates in the past. After 6 months of earning R2 400 per month, 77% of the beneficiaries had moved off the streets and 68% had addressed their dependency on alcohol or drugs. This high success rate is encouraging for the three candidates which are spearheading the pilot programme in Trafalgar Park on WID’s recommendation. Sara Marien Ndhlovu, Theo Luyando and Ndzimeni Wellington Ndayi will be enrolled in the three-month pilot programme between the Woodstock Improvement District (WID) and Khulisa, tending a garden at Trafalgar High School. If all goes well, they will be placed in different locations where similar gardens are being kept around the Woodstock area.

Ndhlovu describes this as ideal she sleeps on the streets in Woodstock in order to find odd jobs quickly. This programme will provide a safe way for her to regain her confidence and provide a stable income with which to support herself and her two-year old daughter.

Luyando had also made it clear that he was the perfect candidate for the project by his eagerness to get back on his feet. He has been homeless for just two years and is positive that the program will provide him with the opportunity he so desperately needs to rebuild his life from the foundations up.

The final candidate in the project is just as eager to generate income with his own two hands: Ndayi had worked for a company for nine years but then lost his job and shortly thereafter became homeless. At 48 years of age, the excitement about restarting his career is palpable. He is particularly excited to be in possession of an ID and bank account.

The contacts built through the programme will prove highly beneficial to navigating out of poverty, not to mention the restoration of dignity through meaningful employment. Throughout the duration of the course they will be monitored, with reports being sent to WID on a monthly basis regarding their progress. Abrahams will be in contact with the Streetscapes team on a regular basis to make sure that the candidates are being given the support they need to succeed and are also delivering on their agreements.

“I’m very excited to see this programme up and running,” Abby says, “it’s had its challenges but I believe that it will be very beneficial for everyone involved.”

How you can help

In order for the programme to be a success, public support is vital. We are asking local businesses to make whatever donation they are able to. The money will fund the fencing, compost, tools and seeds to run the garden. Maintaining the project costs roughly R2 000 per person, per month and the goal is to take on more people in the future. If you are able to, volunteers are often needed to help the workers in any capacity they are able.

Alternatively, if you have a skill that can be taught, we would be grateful for your time and donation of training for those currently looking for employment.

For more information, we encourage you to get in contact with Abby directly on 082 611 0591. You can help people change their lives by giving.